Thinking about creating climate-friendly replacements for chemicals historically derived from oil or natural gas? A new tax credit positions Iowa as a prime spot to plant your facility. 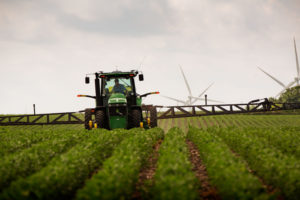 Giving Credit Where Credit is Due

The Renewable Chemical Production Tax Credit passed the Iowa Legislature in March 2016 and was signed into law in April 2016.  The law gives a tax credit to businesses that produce qualified renewable chemicals in the state.

The tax credit is limited to no more than $10.0 million per fiscal year in total awards and the credit is placed under the Economic Development Authority’s (EDA) $170.0 million aggregate annual tax credit cap established in Iowa Code section 15.119.

The credit will begin being awarded July 1, 2018, and cannot be redeemed until September 1, 2018. The maximum annual amount an existing business may receive in tax credits is $500,000 and the maximum annual amount a new business may receive is $1.0 million. In both instances, a company may only receive the credit for five years. Eligibility for the new credit is limited to businesses that organize, expand, or locate in Iowa on or after the effective date of the bill.