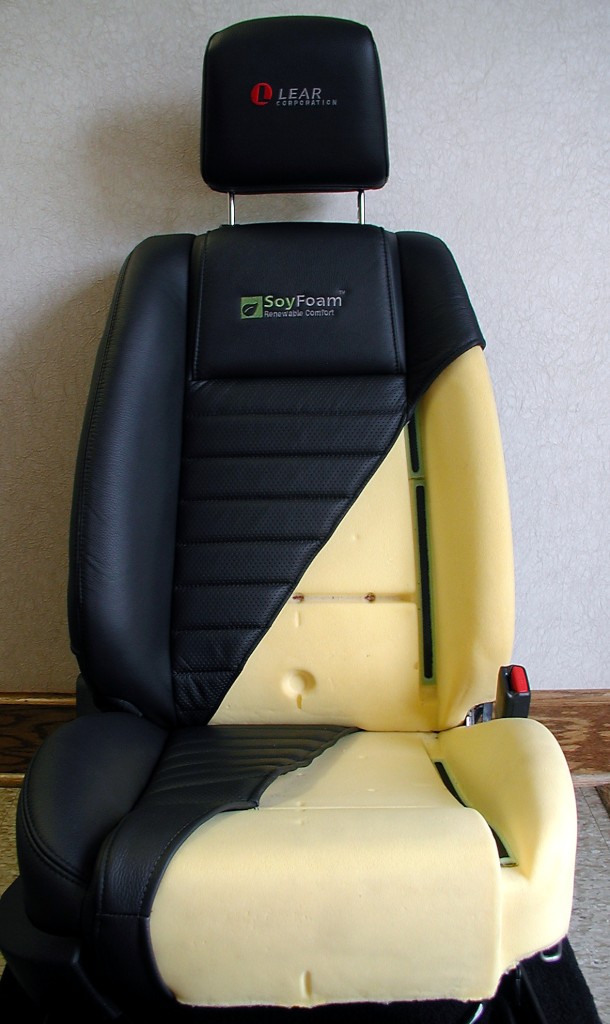 Ford Motor Company announced that soybased polyurethane foam will be used in seats in the 2008 Ford Mustang. The soybean checkoff and the United Soybean Board (USB) have funded the development of soy-based products for over a decade. The checkoff has worked with Ford since 2004 on the development of the soy-based foam for automobile seats.

“Consumers may not realize that petroleum is a major ingredient in auto applications such as seating,” says Todd Allen, USB New Uses chair and a soybean farmer from West Memphis, Ark. “The move by Ford to replace petroleum in auto interiors with soybean oil is revolutionary, for the automotive industry.”

The foam uses a 5 percent soy-based polyol and was incorporated into seat backs and cushions in the new Mustangs in August, without compromising the durability, stiffness or performance of the foam. Ford and Lear plan to increase the percentage of soy in vehicle seats in the near future. Soy polyols have proven to perform as well or better than their petroleum counterparts when it comes to total weight, strength and durability. The versatility and cost-saving aspects of soy polyols also make it a popular alternative. Ford researchers aim to eventually replace up to 40 percent of the standard petroleum-based polyol with soy-based material. Using the soy polyurethane at this level could save Ford as much as $26 million in annual costs, while providing an environmental benefit. The National Institute of Standards and Technology says soy polyols have only one-quarter the environmental impact of petroleumbased ingredients. “As we move forward to develop a portfolio of sustainable materials that will go into future Ford vehicles, soy-based polyurethane seats are a great first step and one of many environmental initiatives Ford is implementing,” says Matthew Zuluzec, Ford Materials and Nanotechnology manager. “Working together with USB and our key suppliers, Ford Motor Company’s Materials Research efforts will continue to drive biobased and renewable materials into our vehicles as part of our ongoing environmental stewardship.” Soy-based polyurethane foam holds even more potential. Most automotive manufacturers are using 100 percent petroleum-based polyol foam. The annual demand for petroleum based polyols is 3 billion pounds in the United States and 9 billion pounds worldwide. On average each automobile produced uses 30 pounds of petroleum-based foam. That leaves a large potential market for soybased foam, and other automobile manufacturers are looking at soy-based products as well. To learn more about this soy technology success story, visit www.soynewuses.org. To learn mor